My Shapeway’s store should be open to purchase early SS or late EM buttons and housings. You can visit the store at:

You can buy in single button / housing configurations or in pairs allowing you to configure the colors as you want. The buttons work interchangeably with the original housings and vice-versa. At the moment; I have 13 color and/or materials available:

I do not offer White or Red Opaque buttons in the store as they come much cheaper from PBR or Marco. I understand the prices are high; it’s what Shapeways’ charges for the material. I guess it’s the cost of customization.

At this point; I offer the following part numbers at the shop:

Here’s some pictures I took of the housing in polished metallic plastic and the button in frosted detail: 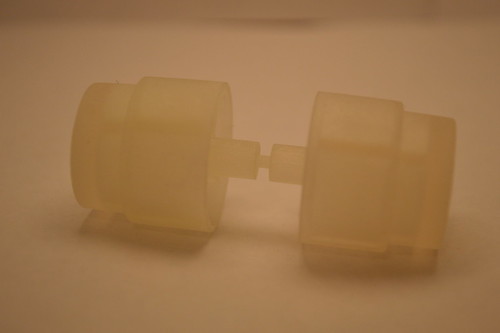 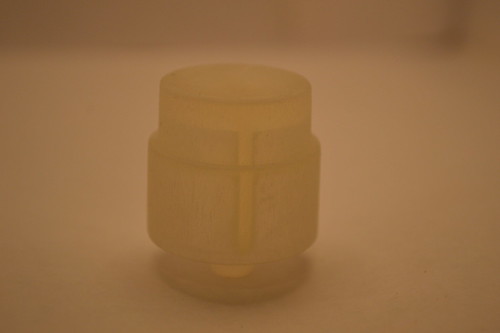 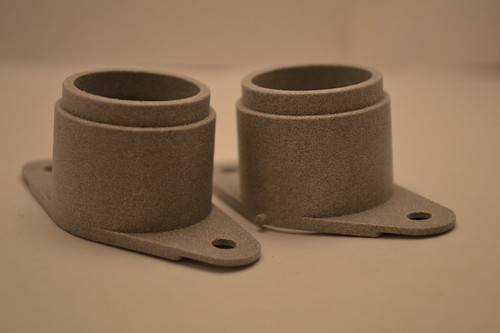 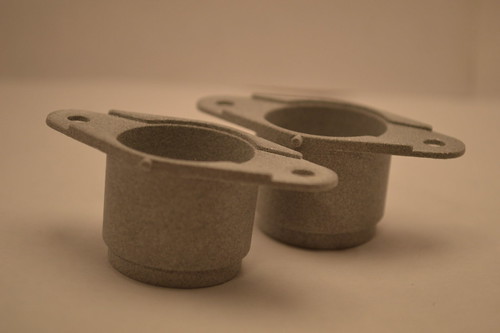 A fellow Arcade collector sent me this Private Message a few months ago on the KLOV forums:

I’ve got an old EM Chicago Coin “Shoot Out” gun game. Works great, but came without the sound PCB that generates the gunshot sound. They also made a “Coney Island” game that used the same sound PCB, but I’ve been searching for ~5 to 6 years for a used board with no success.

The problem with the soundcard is it used older End-Of-Lifed (EOL) transistors that can’t be easily found. I offered to help him design a PCB and BOM which would duplicate the sound and provide a “modernized” BOM which could be ordered off Digikey.com. He reported back that after some rework to the pinout; the card worked as expected. As a result; I’ve incorporated the rework (ie corrected the design)… and have provided the materials here for the public to duplicate and use for any older machines which are missing (or has a non-functional board) the EM Gun Soundcard used in these games.

The major changes to this board vs the original are as follows:

I’ve decided release this design to the public under the TAPR Non-Commercial Open Hardware License which indicates:

If you agree with the license terms; Schematics and BOM lists are posted here under TAPR/NCL license:
Rifle 444-310 Soundboard Package

Ordering should be easy: https://oshpark.com/shared_projects/6GKvZu4s
The boards are $67-ish for a set of 3 PCBs… and they are high quality. Gold plated fingers, two layer, silkscreen on both sides. It’s the cost of doing prototypes. OSHPark usually get the PCBs back to you in about 2 weeks.

BOM Cost from Digikey came to a WHOPPING $17 for one board. My advice is to take the BOM and multiply it by 3 in Excel or some other spreadsheet app. It’s usually cheaper to by 50 or so of the resistors. IE in one qty; they are 8cents… in 50s they are > 3cents. I usually buy 50-100 of each; just so I have them around when I prototype on breadboards and such.

The PCB is very compact; it was done this way to save on the prototype PCB sq inches cost. If you find some of your components are tight; you might try laying them similar to this:
http://pcb.bastl.sk/?page_id=50

Here’s a picture of the assembled board:

Hope this helps the EM Gun collectors out there. If it does… please drop me a comment letting me know it’s done some good!